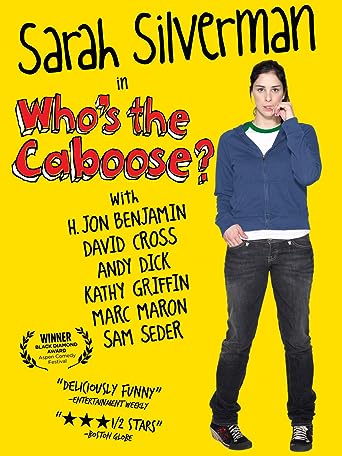 Sarah Silverman (The Sarah Silverman Program.), David Cross ("Arrested Development"), Andy Dick ("Less Than Perfect"), Sam Seder ("Home Movies"), H. Jon Benjamin (Archer), Kathy Griffin ("Kathy Griffin: My Life on the D List"), Laura Kightlinger ("The Minor Accomplishments of Jackie Woodman"), David Waterman, Andy Kindler ("Everybody Loves Raymond") and more star in WHO'S THE CABOOSE, the highly worshipped alternative-comedy prequel to the highly ... (weiterlesen)worshipped miniseries sequel, Pilot Season. When a film crew making a documentary on a rare fatal disease among the homeless stops for a drink at an underground comedy club, it doesn't take long before they decide to turn the attention of their film to the hot and funny stand-up comedian Susan (Sarah Silverman) who is leaving New York and heading to L.A. to land a part in a TV show, unbeknownst to her "performance artist" boyfriend, Max (SamSeder). Desperate not to lose Susan, Max chases after her in hopes of bringing her back to the "more pure" New York scene. As Susan suffers the indignities and compromises her agent (Andy Dick) hopes will make her a star, fate deals Max a winning hand in the form of entertainment lawyer Ken Fold (H. Jon Benjamin). Suddenly Max is the toast of Hollywood and everyone in town wants him. But all he wants is Susan... 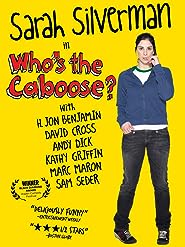