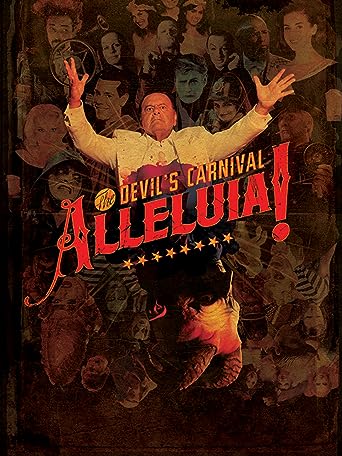 
Sequel to the hit genre-bending cult musical The Devil's Carnival. Lucifer (Terrance Zdunich) incites Heaven's wrath by dispatching train cars full of condemned souls a-crashin' through the Pearly Gates. God (Paul Sorvino), in response, readies his top negotiator, The Agent (Adam Pascal), for a trip down to The Carnival to put an end to the rebellious deeds. As the Carnival's veteran taskmaster, Ticket-Keeper (Dayton Callie), futilely attempts to ... (weiterlesen)
ready Hell's Carnies for an impending war, Lucifer holds a private rally in his chamber. The Dark Lord recounts the fable of "The Filly and The Lapdog," a tale that tracks the long and sordid history that has led to the present conflict between Heaven and Hell wherein an ambitious subject of Heaven, (June Emilie Autumn) oversteps her bounds and is cast out.
Textquelle: 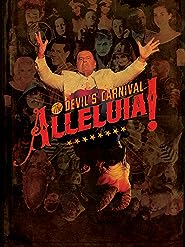