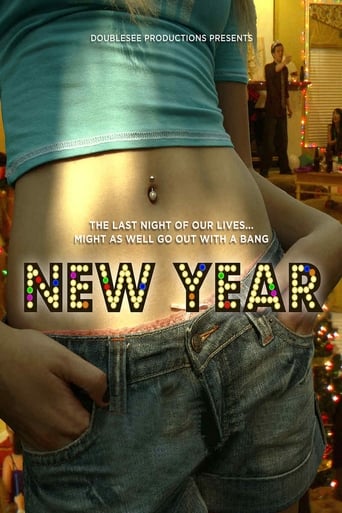 On Christmas Eve, Jason, Allison, and Peter witness a robbery, which culminates with Allison’s life being threatened at gunpoint. Jason is kicked out by his parents and must deal with Allison’s subsequent withdrawal and depression. “Should he stay or should he go?” Much to Jason’s dismay, Allison decides to spend her New Years alone, and a huge argument is sparked between the young couple. At the party, a defiant Jason entertains his ... (weiterlesen)friends and enjoys the night, which includes giving everyone a dramatic blow-by-blow account of last week’s robbery. But things turn from bad to worse when Allison shows up unannounced, and is appalled by Jason’s callous dramatization. Their ensuing fight becomes public fodder for those at the party, and Allison retreats into the arms of her ex-boyfriend and troubled military vet, Leon. Just before midnight, a blackout leaves everyone to hisor her own devices. The front yard is lit with car headlights and the group starts an old-fashioned touch football game. It quickly descends into a full contact schoolyard rumble when Jason and Leon start a brawl. Before the morning comes, Allison is left to choose between her apathetic boyfriend and her troubled ex. Allison realizes she must move on with her own life, without either of them, leaving Jason alone in his bedroom, helpless to stophis beloved girlfriend from walking out the door. Peter is being set up for the first time with Allison’s best friend, Heather. But at the party, he cannot seem to escape the bullies from his past. He is bagtagged to the point of vomiting all over poor Heather. So, Peter throws himself head-long into the debauchery of the party, and his liberated self ends up winning Heather’s affection. The next morning, Peter escorts Heather to her car anda kiss from her perfects his New Years. Tyler, the film’s larger-than-life embodiment of classical Greek masculinity, enjoys a “friends-with-benefits” relationship with Rachel. 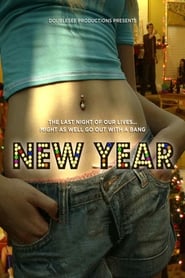