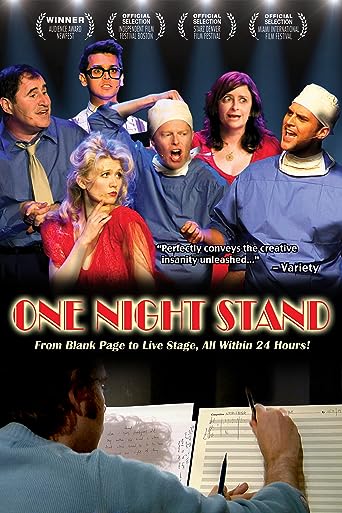 One Night Stand is a funny, intimate, behind-the-scenes journey as top Broadway and Hollywood artists take the challenge to produce four original short musicals in 24 hours. The story starts at 8 p.m. when everyone meets, teams are formed, and the creative chaos begins. Four groups of writers and composers choose their casts and hunker down for the night; each group has until 6 a.m. to to create an original 15-minute script and score. At 8 a.m. ... (weiterlesen)the actors and directors arrive and rehearsals begin for the 8 p.m. one-night-only performance. The film provides a personal glimpse of some of America's favorite actors as they step out of their comfort zones--from Cheyenne Jackson's "fear, sweat, adrenaline and Red Bull" to Rachel Dratch's mounting dread at the prospect of singing alongside Broadway's finest voices. Richard Kind sums it up: "It's like a roller-coaster. You're terrified, butit's fun!" Watching this insane theatrical challenge keeps you on the edge of your seat and laughing. 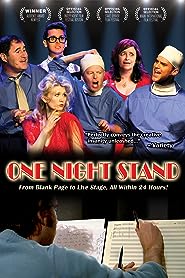