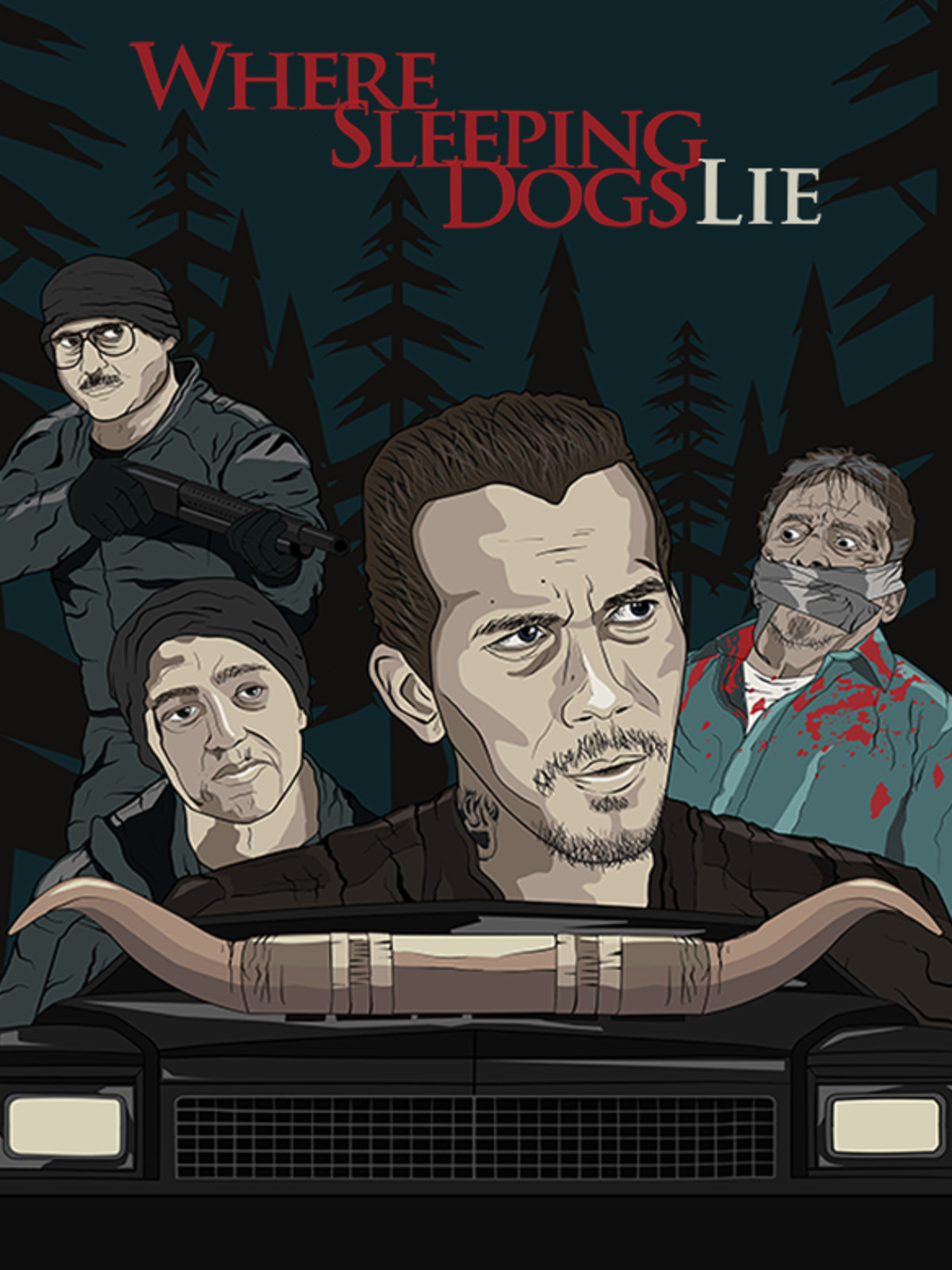 Where Sleeping Dogs Lie is a semi neo-noir dark dramatic comedy of lust, deceit, betrayal and murder that follows two brothers and their childhood best friend through the longest night they've ever had during what becomes a botched robbery attempt in a secluded area of the California Sierra Mountains. We are first introduced to Jeff, who not only has a rough demeanor, but we come to find out that he owes a debt that he can't pay. Luckily for ... (weiterlesen)Jeff, he happens to be able to convince his down and out brother Barry and childhood friend Tim to help him pull off a heist of a rich businessman, and he insures them both that he has an "in" for the safe combination. What none of them realize is where the information is coming from, and that the rich businessman in the mountains is in some trouble of his own that leads them down a path that can't be turned back.An easy in and out job turns intothe never-ending evening that finds Barry and Jeff at odds, and Tim becoming an innocent bystander in this hectic, murderous tale.